The simplest way to identify the difference between Web 1. 2. 3 is:

Back in March 2020 I danced around this event horizon. Dabbling into Bitcoin at £4k, Ethereum at £98 and I became involved with a project called Decentraland

Truthfully, It was one of the smartest stupid things I have ever done

I knew next-to-nothing at the time. Even now, I write this from a position of inept knowledge of the technical intricacies surrounding DeFi platforms, DAO’s and tokenomics

However, over the last 18 months of working with some extremely talented people, I have since eclipsed that event horizon. I am now firmly of the belief that Web 3.0 is enabling the largest and fastest distribution of wealth in all recorded history

Unlike other historic tools of wealth distribution such as railroads, phones, computers and even the internet as we currently understand it - all of these things accrued to large multinational corporations

As the network effect amplifies, and more people adopt this revolutionary technology, you can begin to see Metcalfe’s law defining the value of these emerging communication networks proportionally to the square of the number of users

When considering the upward trend in adoption rates, it’s quite obvious to me that we are about to head into a supersonic growth period of an entirely new technology and asset class over the next number of years

The reason why the opportunities and wealth generation from Web3 is going to be so non-linear and so fast is because Web3 flips applications from being closed, to “open” - where the contributors (like you, and me) will own the platform, and users will own and be in control of their data with digital private keys

Instead, we can each own a piece of the internet without the middlemen through mechanisms called smart contracts

A lot of people I know (and respect) typically dismiss the notion of digital scarcity. The mistake these people often make is that they haven’t yet seen how digital scarcity can easily map to real world scarcity

Smart contracts are the backbone of blockchain networks like Ethereum

For me, Ethereum is probably the most exciting project in the space. Simply due to it’s size, practicality and future vision / planned updates

At the moment, ENS’s job is to map human-readable names like ‘name.eth’ to machine-readable identifiers such as Ethereum addresses

When you consider the centralisation of how typical domains are managed, you begin to understand why DAO’s are so powerful

For example; there are currently 200M active websites in the world right now and one U.S. company - VeriSign (VRSN) - maintains 172M of them. VeriSign has a long-term, no-bid contract with an unelected international body (ICANN), which has been repeatedly renewed at the request of the U.S. government, who considers the service crucial infrastructure

The entire network is organised by smart contracts tied to our own individual private keys. It mimics a traditional centralised exchange whilst removing the middlemen of bankers, lawyers, forex traders whilst being faster, more efficient, cheaper and has no central authority - the permissionless smart contracts circumvents the need for a centralised body

I will preface this with the acknowledgment this is very early technology. I am very acutely aware of the problems associated with these platforms. I understand the practical uses of such technology are particularly niche (right now). However, like with all new things, this will change and evolve over time

The risk associated to being on the frontier of Web 3.0 is high, and rightly so; having the balls to bet big on a search engine in the late 90’s would have raised a few eye brows from from folk investing into General Electric

Back in 2018 I read a book called “The Birth of Plenty” which completely changed the way I invested in countries around the world. This book made me understand the importance of private property and the very idea of ownership backed by the rule of law

As some one who is now a resident and actively invested in multiple countries across 3 continents - I have some skin in the game when it comes to currency devaluation and the rise of Bitcoin as a legitimate alternative to the Turkish Lira, Venezuelan Bolívar, South African Rand and many (many) more.

Before all of this, private property and the rule of law had been things I had taken for granted for my entire life. This was until I started seeing, experiencing and understanding how different systems operate around the world for extended periods of time

I have been lucky to have once called the UK my home of residence - despite it’s shortcomings, we have deeds for private property. Certificates for university degree’s. Legally binding contracts for conducting business - all of which, are supported by a well established legal system and a legal tender which has been around for 1,200 years

The UK system is what’s commonly referred to as: “Lindy”

However, many people living in such countries with Lindy systems often fail to understand that the same can’t be said for a promising selection of emerging economies around the world

Smart contracts and crypto currencies are becoming a truly monumental force in emerging markets. Especially in those places where private ownership backed by the rule of law doesn’t adequately exist, and local currency devaluation is rampant due to a mismanagement of (often dubious) centralised power

By having open, transparent systems governing and solving the double coincidence of wants in both tangible and intangible goods and services is something I’m a strong advocate for

This gives you a subtle glimpse of where I can see this new world moving, and how much of a fundamental impact it will have on the world as we currently understand it.

See you on the other side 🤘 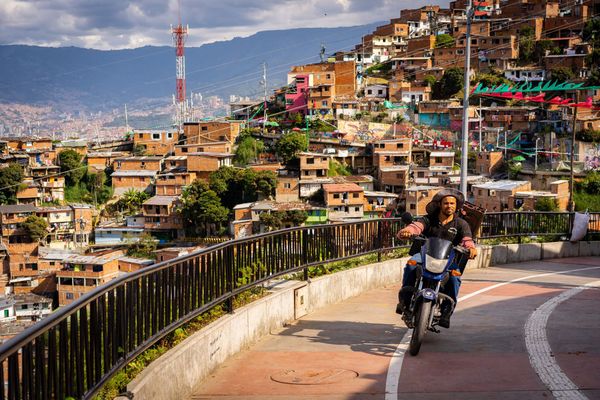 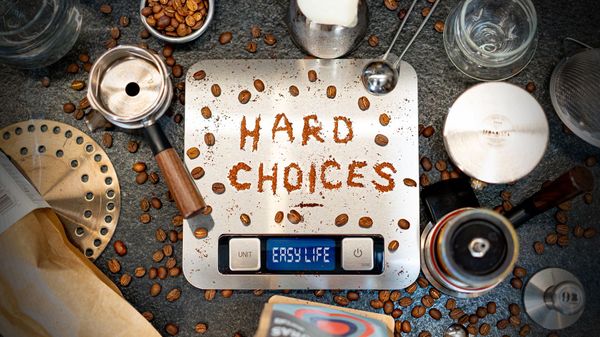 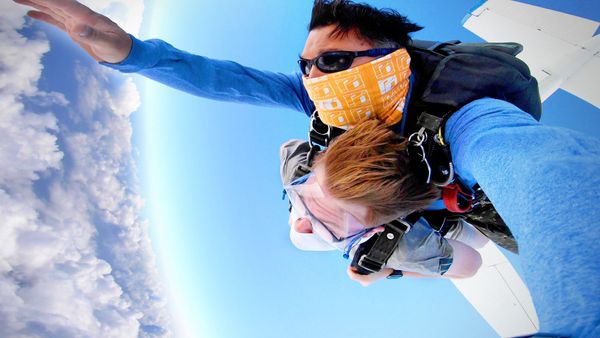 When you spend time on the bridge of a ship with a large compass in front, you can easily develop the impression that the compass is directing the ship rather than merely reflecting its direction. This is called an epiphenomenal belief. In an epiphenomenon, you don’t usually observe A